Shipwrecked on an uncharted island Captain Trebane finds himself battling despair and the savage natives who occupy the island. When he discovers evidence that Serena, the woman he believes he loves, may have survived the shipwreck he sets off into the interior where he finds a strange white cathedral at the island's center. Before he could discover much more he is beset by the natives, saved only by an aged pirate named Sarn. Sarn explains that the savage natives are in fact sailors from other shipwrecks who have been cursed with a savage immortality by a strange pool on the island known as Lilith's tears. Trebane is initially skeptical but once he accepts this strange discovery he is more determined than ever to rescue Serena from the savages and their strange overlord Torn.

Jones' major strength as a writer is undoubtedly his considerable descriptive abilities. The world literally comes alive under his skill immersing the reader in this strange island land. However at times this strength becomes a weakness; with many sections of the story suffering from over description. There were entire paragraphs which felt redundant as they were simply repeating previous information. This creates a bit of a pacing issue.

Trebane is certainly an interesting character and I enjoyed his POV as the author shows us exactly what makes him tick. I was reminded a bit of Naomi Novik's work in how effectively Jones' was able to capture the time period's nuances and mannerisms.

At the halfway point in the novel the POV switched from Trebane to Torn and Serena. Torn's POV didn't work as well for me. At times he and therefore the rest of his eternus felt like bumbling buffoons and this cut the tension considerably with the return to Trebane's perspective. I realize that the author was going for a tragic figure with Torn and to a degree succeeds but then should have found another way to create the needed tension, perhaps by emphasizing the malignant unseen evil force on the island to a greater degree.

The finale was pulled off brilliantly and the twist was certainly a satisfying one.

Overall Jones' shows a great deal of promise in this novel. A greater focus on cutting down unnecessary paragraphs will certainly help him take his game to the next level. 7.25/10.
Posted by Craig at 8:39 PM No comments: 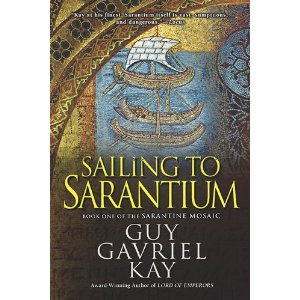 Overall yet another fine offering from Kay. 9/10.
Posted by Craig at 1:02 AM No comments: 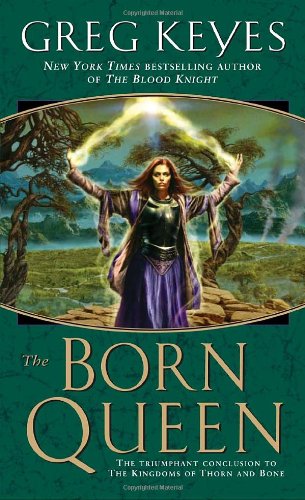 Overall a strong ending to an enjoyable series, despite the missed oppurtunties in a few areas. 8/10.
Posted by Craig at 12:46 AM No comments: