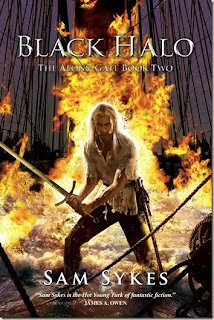 Harry Dresden is dead. He finds himself in a limbo version of Chicago where Jack Murphy, Karin's deceased father, tells Harry that if he doesn't go back to earth and solve his own murder three people he loves will suffer terribly. Catch is that he can only go back as ghost and won't have access to his magic. Harry's work is indeed cut out for him.

I've always loved seeing characters in a 'post-apocalyptic setting'. By this I don't really mean it in the traditional sense but more how characters cope when their world is turned upside down. In this case how do Harry's friends cope after his death. Butcher's pulls this off brilliantly and I particularly liked the direction he took Molly and Murphy in. The pace slows down a bit from break-neck speed of Changes and I quite enjoyed seeing Harry examine his motivations in much more subdued and mature fashion. In the Dresden books we've got used to seeing things build up to an impressive finale and I quite liked seeing Butcher mix things up a bit with a few well considered twists.

Overall Ghost Story marks a turning point in the Dresden files and is a nice change of pace. 8.5/10.
Posted by Craig at 6:13 PM No comments:

Pastry Run: Light tale about two delivery drivers trying to deliver a French pastry to a wealthy woman on the moon. Very odd choice to start the collection with this piece as it fails to really grab the reader 6/10.

Dead Men Don't Cry: War is looming between earth and an independent colony after an assassination attempt. Interesting blend of mystery, action and science fiction. Fulda creates a quick moving story in a very interesting setting in a limited space. 8/10.

Blue Ink: A six-old is about to be cloned for the first time in a world where clones simply work so their originals can live a life of luxury. Does an excellent job in getting into the character's head and a thoughtful twist at the end. 8/10.

Backlash: An ex-government agent with a severe case of shell-shock learns that his daughter is involved in some bad business that will adversely affect the future. Clever take on time travel with some memorable characters. A few unaddressed questions keep it from moving from great to excellent. 8/10.

Monument: One of the shorter pieces in the collection but one that really worked for me. Aliens tried to make contact with man but the mother ship was destroyed as a potential threat. A woman visits the wreckage which is now a national monument and searches for meaning. I was absolutely stunned with the sheer number of ideas that Fulda fitted into this one. 8.25/10.

Tammi's Garden: Emotional tale about a girl who lives in two worlds and has to decide which one is real and which is the dream. Well-drawn protagonist but the concept has been done a few times before. 6.25/10.

All Praise to the Dreamer: A new mother tries to save her baby from insect-like monsters, while dealing with the guilt of turning her back on her parents years ago. Very strong piece. World-building is top notch and intriguing and the protagonist is simply brilliant. 9/10.

The Breath of Heaven. AI's clash with colonists as they achieve self-awareness. Clever take on a classic idea and POV from Sacia an AI was very intriguing  and pulled off perfectly. 9/10.

Ghost Chimes: A woman has to deal with her dead mother's interfering from an artificially created afterlife, Some very clever ideas here but doesn't really go anywhere. 6/10.

The Man Who Murdered Himself: A man suffering from a terrible disease undergoes experimental and illegal treatment that will recreate him without the disease. The plot twist was too similar for Blue Ink, which I consider the stronger of the two, for my liking. 6.25/10.

A New Kind of Sunrise: A young woman finds a dying stranger and her tribe takes him in. Very good world-building and two interesting characters but reads too much like a chapter from a larger work. 7/10.

Movement (Not actually part of the collection but as it is from the same author I will review it here anyway): An autistic girl has to watch as her parent's decide whether to agree on a new type of treatment that might allow her to live a normal life but will take away her genius for dancing. Very clever piece that works on a number of different levels while considering complex issues including evolution. The POV in this piece is truly masterful and I loved the way she saw time on a different scale. 9/10.

Overall this well-written and enjoyable collection of short stories with a few exceptionally good pieces. My only major issue is that I would have liked to see one of the stronger pieces open the collection. 8/10.
Posted by Craig at 11:35 PM No comments: 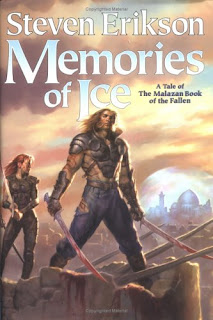