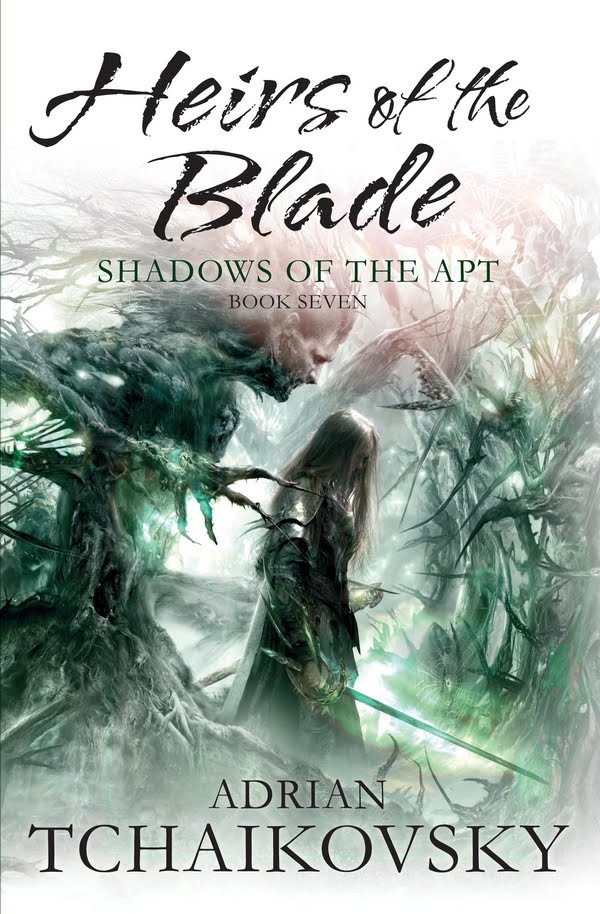 Overall Tchaikosky continues to deliver in his very impressive series. 8.25/10.
Posted by Craig at 10:30 PM 2 comments:

Overall despite having a great deal of potential this novel is badly let down by an unevenness in writing, plot control and world-building. 6/10.
Posted by Craig at 11:00 PM No comments:

Having barely survived Cil-Aujas The exiled wizard Achamian, the daughter of the woman he loved Mimara and their ragtag group of mercenaries the Skin-eaters continue on their expedition to the coffers. The non-man Cleric begins feeding the group a strange drug to regain their strength but there is bound to be consequences. Meanwhile The great ordeal under Kellhus is forced to split into parts when food runs low. Soon they are faced with a new threat a massive hording of Scranc which dogs their steps. Sorweel meanwhile awaits for the mother to use him aginst Kelhus but is troubled when he realizes the aspect emperor's war is real. Esmenet's and Maithanet's trust in one another continues to fracture as the empire crumbles around them, not realizing that one of Esmenet's son's is pulling the strings.

Like the previous volume the story is divided into three main arcs. Also like the Judging Eye slow pacing is a real issue. The Achamian arch was the sole exception last time but now falls into the same trap. I must admit I was disappointed how little each plot has advanced by the end of the book but at least they all end on interesting cliffhangers.

On the positive side the characters remain well fleshed out and deliciously conflicted. We also see a return to the large scale battles of the previous trilogy which Bakker absolutely excels at.

Overall most of Bakker's strengths are on display again but slow pacing is still a real issue. 7/10.
Posted by Craig at 10:45 PM No comments: