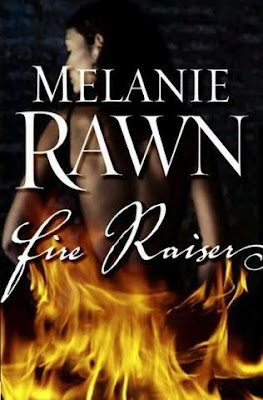 Overall I enjoyed Fire raiser and liked to see Rawn step further out of her comfort zone and expand her literary repertoire. 8/10
Posted by Craig at 4:48 PM No comments:

Melanie Rawn announced (in October but I only just saw it) on a forum on her website that she finished the Diviner, which is now with the editor and stands at 133000 words. The Diviner is a prequel to the Golden Key which Rawn co wrote with Kate Elliot and Jennifer Roberson. The book had been partly written but in limbo for a number of years, glad to hear it's finally done.

This paves the way for the other two co-authors writing their own intended prequals and raises the possibility that Rawn intends to also write the Captal's Tower.
Posted by Craig at 5:03 PM No comments:

Review: The Gathering Storm by Robert Jordan and Brandon Sanderson

The Wheel of Time holds a special place in my heart. Eye of the World is after all what won me over to the fantasy genre. This series has always had a very distinctive feel, something I couldn’t quite put my finger on, but I can always feel it when I pick up one of the books. After Robert Jordan’s passing I made sure I, like many other WOT fans, picked up everything published (and one or two things that weren’t) by Branson Sanderson, the author chosen by Jordan’s widow to finish the series from his notes. I was impressed, very impressed. I was confident Sanderson could finish this series the way it was meant to be finished. Still there was a little part of me which couldn’t help but wonder if anyone could really do it. Really bring RJ’s vision to life the way he could.

A few chapters in and I had begun to wonder whether that little part of me was right. The prose was some sort of amalgamation of RJ’s and Sanderson’s that felt extremely awkward. What’s worse so is that the characters felt different. They did seem to react the way I felt they should and they said things I didn’t think they would. Siun and Mat seemed exaggerations of certain aspects of their personalities with almost every sentence ending in some fish related metaphor for Siun or having ‘bloody’ tucked away in there for Mat. All of the maturing Nynave had done since leaving the Two Rivers vanished in a poof. My worst fears had been realized; it didn’t feel like a WOT novel. Or so I believed but thankfully I was wrong. Way wrong. All of a sudden Sanderson hit his groove and from their on out he pulled it off masterfully. Prose felt right, characters felt right, the general feeling was right. Sanderson had pulled it off. I can only attribute the first few chapters to growing pains.

Trying to sum up the basic plot of the book is no easy task. The WOT is made up of dozens of different perspectives and hundreds of individual story lines weaving together like some gigantic tapestry. I can tell you this though the most chapters are devoted to Rand and Egwene. Rand is trying to unify the land, make peace with the Seanchen and prepare in earnest for the last battle. It is increasingly obvious that the dark one’s touch grows on the world; the end is nigh. Rand decides that being as hard as steel isn’t good enough any more he must be as hard as cuendillar and cut off all of his emotions. Egwene of course is still trying to reunify the white tower. Events that have literally been foreshadowed for four or five books finally take place and were certainly worth the wait. There were a few moments I had to put the book down, take a deep breath and say ‘wow’.

Overall I thoroughly enjoyed the Gathering Storm. I think that initial awkwardness could have been sorted out with another round of editing and TOR has to take the blame for rushing it out. Otherwise all good, can’t wait for the next two. 8.75/10.
Posted by Craig at 4:05 PM No comments:

Overall The Forge in the Forest continues an interesting series that too often slips under the radar. 7.5/10
Posted by Craig at 12:54 AM No comments: