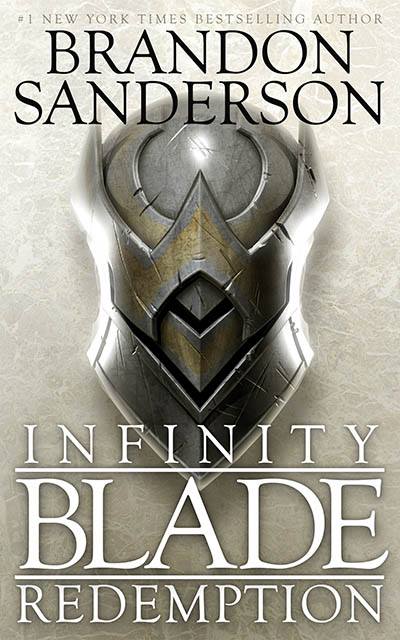 Having been left imprisoned with his mortal enemy the God King Radriar Siris is at last rescued by Isa. However years have passed and Siris now finds himself the center of a legend and figurehead for a rebellion. His endless battles with his mortal nemesis have taken their toll however and Siris finds himself battling his darker nature. He also finds himself in a position where he may need to work with the Radrair if either of them are to have a hope of defeating the worker.

I'm glad to see Sanderson toned down his attempts at humor which were so distracting and didn't gel with the story of the first Infinity blade novella. Aside from the main story there are various interludes that take place in our near future and the infinity blade universes distant past which shed light on one of the primary characters and is a nice piece of plotting that sets up the finale. Character development was well worked for all three primary characters.

Overall the second infinity blade novella works better than the original. 7.25/10.
Posted by Craig at 1:36 PM