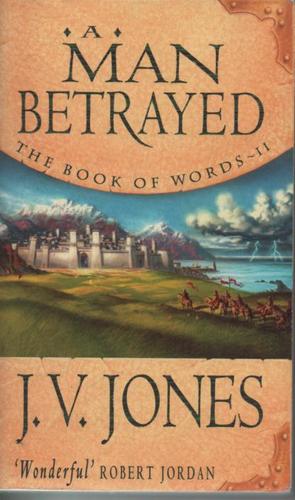 While working their way through Halcus Jack and Melliandra are separated when they are confronted by a patrol of enemy soldiers. Melliandra is captured by slavers but is determined to turn her circumstances into her favor. Jack meanwhile believes Melli is dead. He is taken in by a smuggler and his indebted 'family' who try and manipulate him into killing the captain of the guard 'responsible' for Melli's demise. After being driven to kill Bevlin by a compulsion Tawl flees to Bren where he attempts to lose himself in drink and fighting. However the young pickpocket Nabber is determined to aid his friend. Maybor and Baralis both reach Bren themselves. Baralis is attempting to ensure that the betrothal between Kylock and the Duke's daughter goes ahead while Maybor tries to subvert him. Kylock decides to arrange an accident for the ailing king, seizes power and invades Halcus, complicating everyone's plans.

I didn't enjoy this as much as the first volume. The novelty of many of the main characters being villains has worn a bit thin and I struggled to get past the overplayed self-absorbed and bumbling nature of most of the characters. I also found the writing itself slightly rougher than the first volume.

On the positive side the pacing is generally well controlled through most of the subplots and I did find the Duke of Bren himself an interesting addition to the cast.