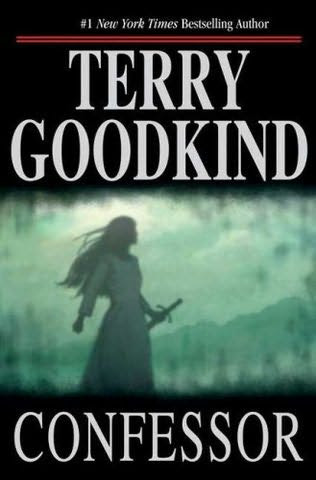 One would expect that the concluding book in an eleven book series would get on with resolving story arcs introduced in previous volumes. Sadly this seems to be only a side concern for Goodkind’s final installment of the Sword of Truth Series. The first third of the book consists of a combination of the repetition of events that happened in previous books and exploring the motivation of various characters usually in the form of a monologue or in characters preaching to other characters in longwinded, drawn out speeches about Goodkind’s (or should I say Aryn Rand’s) philosophy.

The first problem with this is of course that having read the previous volumes this is largely unnecessary or at the very least should not take two hundred plus pages, people shouldn’t be starting the series at the concluding book after all. But if Goodkind really felt he needed to put this in he could have put it in a prologue, thus giving the reader a chance to skip it.

The second problem is that Goodkind has been spouting his philosophy for the last six books of the series, you’ve put you point across already give it a rest. All of this could have been avoided through the influence of a good and firm editor. Sadly there is no evidence to suggest there even was an editor. For example Goodkind consistently uses insure when the in the context of the sentence he should be using ensure. This might sound like nitpicking but this occurs at least seven or eight times throughout the text, this is Goodkind’s eleventh book for crying out loud, he should know better. Having said that when things actually do happen Goodkind pulls it off reasonably well. This of course consists of the siege of the people’s palace, Richard’s attempt to save Kahlan from Jangang and the whole boxes of orden/chainfire issue. Although it did annoy me that the author seemed insistent on giving the majority of characters who appeared in previous volumes cameos, not to advance the story but just whimsically.

Without giving too much away there is a conclusion of sorts but there are still issues that were central to previous volumes that go unaddressed, most notably the ‘monster’ child Richard and Kahlan were supposed to have. Overall this is by far the weakest offering in the series, 4.5/10.
Posted by Craig at 5:30 PM