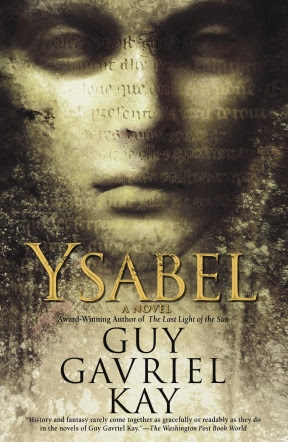 Fifteen year old Ned Mariner finds himself whisked out of school and on a trip to France with his father, a famous photographer, who is working on a new book. Ned seems a bit uncertain how he feels about this situation until he meets Kate Wegner, an American exchange student with a deep knowledge of the areas local history, while exploring the Saint-Sauveur Cathedral. Both are surprised when they encounter a knife wielding, scarred stranger routing around in the same cathedral. It quickly becomes obvious that they have stumbled upon a world neither of them understand and an extremely old story, whose players seem to be trapped in a continuous cycle. Two men both in love with the same woman, Ysabel, who comes back to life periodically to choose one or the other. Ned finds himself thrust into an familiar position of responsibility and the life of a friend rests in the balance when Melanie, his father's assistant is chosen as the body Ysabel with inhabit. If he can’t find Ysabel before the two other men do his friend will be lost forever.

What immediately struck me when reading this novel is how well Kay gets into the head of the teenage protagonist. Ned Mariner's thoughts often drift to those things important to a boy of his age and he really feels like an individual on the cusp of manhood but still uncertain of it. The overlying theme of this work appears to be the layers of history that can become part of a place and Kay’s masterful descriptions really create a sense of that against the backdrop of France and the many peoples that have occupied it over countless centuries. Two characters from Kay’s earliest novels make an appearance but having not read the books in question I can’t fully appreciate the significance of this, aside from possibly furthering the theme of history and connectedness.