During one of the issues a member of the exiles compares what they do to the 90's television show Sliders. Well close enough I guess. If you look at Exiles as a cross between sliders and X-Men you're right on the money.

A group of six mutants are plucked from their respective lives and dumped into a desert. There a short, balding man in a bow-tie calling himself the time broker, who claims to be a figment of their collective subconscious' informs them that they have become unhinged from time. In essence something has gone wrong in their respective timelines which has ruined their lives (For example Morph is now a jar of ooze lying forgotten somewhere in Beast's lab) this is the result of errors in other timelines causing a domino effect. The only way the Exiles can go back to their lives is to repair the time stream through a series of missions.

Looking at the initial lineup it is clear that the creators wanted to utilize characters that hadn't seen much screen time in the main Marvel universe. Age of Apocalypse Blink leads a team consisting of Mimic (who was an X-Men for a about five minutes in the main universe but leads the team on his own), a version of Morph similar to the AOA version, Thunderbird who was once under Apocalypse's control as his horseman War before breaking free, Nocturne daughter of Nightcrawler and the Scarlett Witch and Joseph son of Rogue and Magneto. With AOA Blink's popularity there was a very real danger that this book would just be about her but this is clearly not the case and all the characters get ample screen time. The character development here is superb and one of my favorite examples is Mimic's struggles to deal with their missions which often require a fatal solution. Mimic is his reality's version of Captain America and he now finds himself put into a position where he has to kill people he knows as heroes. His struggle with how to deal with this is fascinating.

Right from the get go it is obvious that there will be no punches pulled in this series and one of the original lineup is killed off on the first mission. The writers make full use of the advantage that they aren't dealing with characters from the main marvel universe without taking it too far. One of the most enjoyable aspects of the series is seeing the very different versions of the marvel universe the characters get to visit, everything from plague driven zombie worlds to world's without super heroes.

The series continues on very strongly up until about the seventieth issue where it really goes down hill. From that point on the stories don't always make sense and are often rushed and the character development of earlier issues disappears. Still there is a few signs in the 100th issue that the New Exiles might recapture the glory days of the original series. 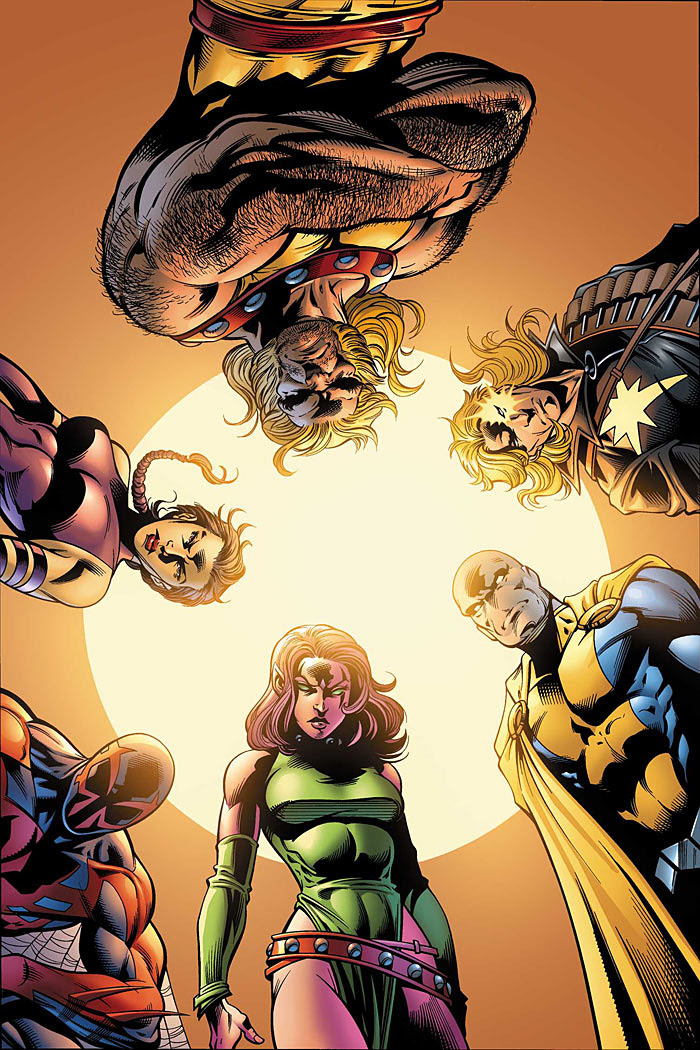 Overall Exiles is a great series that is strongly character driven. The last thirty odd issues are a bit of a letdown but did enough right that I will check out the new exiles. 8.5/10
Posted by Craig at 10:58 PM