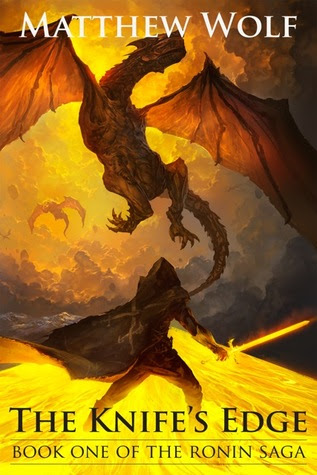 Having watched his best friend die a young man is consumed by the power of the dark sword that destroyed her. Before he comes to his senses he has murdered several innocent people. Mercifully his grandfather takes away all his memories but only after informing him he is the object of prophecy. The boy takes the name 'Gray' and lives a simple life with a friendly hermit. That is until legends come knocking and forcing him into a world he scarcely understands.

The first thing that struck me is how derivative this novel is from Robert Jordan's Wheel of Time series.  This  is obvious right from the start and includes organizations that are run along the exact same lines as Aes Sedai to one character,Darius, who is a complete knock off of Mat Cauthon.

The prose is tidy but sometimes too simplistic for what is trying to be conveyed in the content.  The world-building is very uneven with much left unexplained and some things contradictory, for example the residents of the Shinning City, a city isolated for thousands of years, hardly seem to be put out by the arrival of stangers.

The pacing is very uneven with the ending far too rushed and again too much left unexplained especially with the secondary characters. There were different character point of views sprinkled throughout the text but these certainly could have been used better.

Overall this novel is noticeably derivative, uneven in both world-building and pacing and leaves too much unexplained. 4.75/10.
Posted by Craig at 1:48 AM