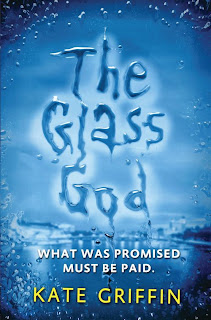 Matthew Swift, the Midnight Mayor, has gone missing and Sharon Li finds herself appointed his deputy and tasked with finding him. The only clues she has available is a tatty but innocent looking umbrella and mysterious pairs of shoes scattered throughout London.  Sharon quickly discovers that there may be larger threat in play.

Like her previous novels Griffin is able to inject a good degree of humour without detracting from the overall serious tone of the novel. My favourite aspect of the first book in  the series, and what set it apart from the Matthew Swift books, was the degree to which the support characters were developed. Griffin does the same again here but extends it to the antagonists, which really makes for some interesting 'grey' characters.

Overall Griffin does an excellent job of building on the good work she did in her first Magicals Anonymous book. 8.75/10.
Posted by Craig at 3:47 PM