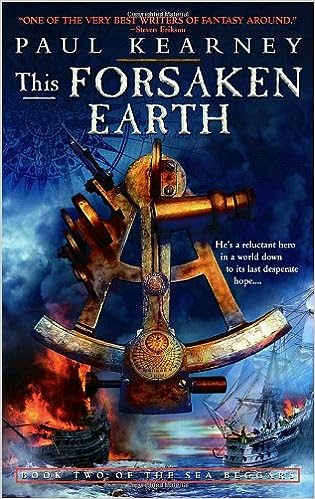 Despite having fought off the Bionese invading fleet, Rol Cortishane knows in his heart that it is only a matter of time before the pirate sanctuary of Ganesh Ka is destroyed. When an old and unwelcome acquaintance the former thief king Canker shows up  things get worse. Canker has been working for Rol's half sister and former lover Rowan as she tries to take back the throne that was stolen from her father. However things have not gone well and Rowan is besieged in the capital she has taken and needs Rol's help. Rol is reluctant to return to his former life but is put into a position where he has little choice.

Overall Kearney continues to deliver and show just why he is the most under-appreciated and under-read writers in the genre. 8.5/10.
Posted by Craig at 8:25 PM