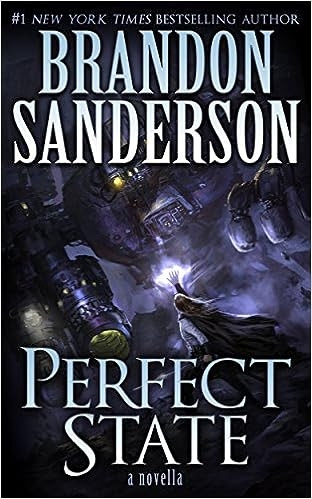 In the future the majority of humanity are disembodied brains housed in jars. Linked to a matrix-like network each individual is the most important person in their own virtual world (of which they are fully aware), populated by millions of AI individuals the majority of which are unaware of the situation. Kairominas is a god emperor of a fantasy medieval setting world. The wode (caretakers of humanity who exist in the real world) require Kairominas to meet with another liveborn and procreate. Something he is not happy with as it interferes with the illusion of his existence. Meanwhile another liveborn Melhi  Kairominas's rival has plans of her own.


There is not much new to the concepts employed here and they are fully standardized trope for science-fiction. However the story is fast paced and has a well executed twist.

I was impressed that the relationship between Melhi (who doesn't even really appear on screen) and Kairominas is actually the crux of this story and is cleverly done.

Overall a concept that's been done often but a clever twist makes this a worthwhile read. 7/10.
Posted by Craig at 9:46 PM