Review: The Heir of Night by Helen Lowe 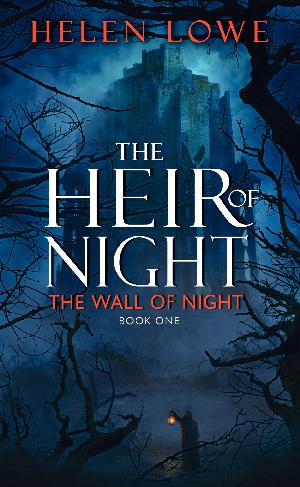 Malian is the heir of the House of Night, the most important house in an alliance of the Derai clans that protect the world against the demonic Swarm. Shortly after her father, the Earl of Night, returns to their keep they are invaded. Many of the keep's residents are killed and Malian herself only escapes with the aid of Kalan a young temple initiate and the wandering fire, an allay of the houses that was thought long lost. During the invasion Malian learns that she too has powers and means that she can no longer be her father's heir and is regulated to the priestly caste. Malian and Kalan also learn that she is foretold to unite the houses once again and decide to leave the world they know so she can better learn to use her abilities. But of course the Swarm still hunts her.

Lowe creates an interesting world with a rich and varied history. The Derai and their counterparts the Swarm came to the world of Haarth from beyond the stars. We get glimpses of the other peoples that inhabit the world through the heralds and Rowan Birchmoon and I am interested to see how Lowe will flesh this out in later books.

I was extremely impressed with the way this history actively impacted the characters and the decisions they made and also how it led to their own misconceptions. For example the Derai have been split along two castes due to a historical event and the author shows how this impacts the characters thinking and decision making. All of the viewpoint characters are richly realized and highly believable.

The only minor gripe I had was a slight unevenness in pacing initially but Lowe quickly fixed this as the novel progressed.

Overall although utilizing many fantasy conventions Lowe successfully mixes them in a rather unique way. 8/10.
Posted by Craig at 1:40 PM