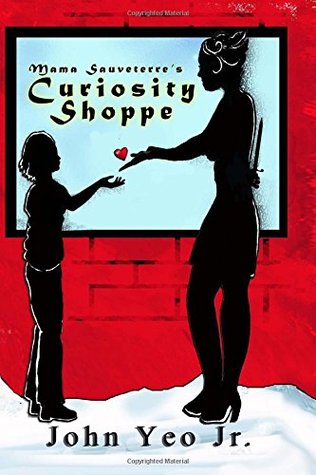 Tassina D'Emerald was part of a group called the laughing dancers, a supernatural group blessed with an unnaturally long life span. However after several centuries age was finally catching up with her and her famed beauty was fading. Tassina decided to make a deal with a demon and at the cost of all of her fortune and her status as a laughing dancer she swapped bodies with a younger dancer. However Tassina's triumph was short lived when she discovered the younger body was cursed with an illusion that made it's flesh terrible to look upon. Tassina believes that the younger dancer inflicted the curse herself as a form of revenge. The younger dancer, now trapped in Tassina's older body, went on with her life taking the name of Mama Sauveterre and adopting a odd assortment of individuals into a family and running a Curiosity shop that is more than it seems. Decades pass and Tassina hatches a plan to try and get Mamma to reverse the curse by trapping Mama's adopted daughter in a black magic bargain and using her as leverage. However there are unforeseen consequences that have both heaven and hell hot on Tassina's trail.

I loved the concept and think there was a very good story to be told here but the writing lets it down big time. The prose comes across as very clumsy and the author struggles with the issue of telling rather than showing readers what is happening. This is compounded by the decision to have multiple point of views shifts within paragraphs which is almost always a mistake, not to mention a pet hate of mine. There are also a number of rather obvious spelling errors which are distracting and I wish the author had given the text another edit.

Having said that I do feel that the author was able to create an interesting cast of characters and presents their own points of view very convincingly. The plot was also well paced.

There is a great story here struggling to get out but sadly writing issues keep it thoroughly buried. 5/10.
Posted by Craig at 11:54 PM