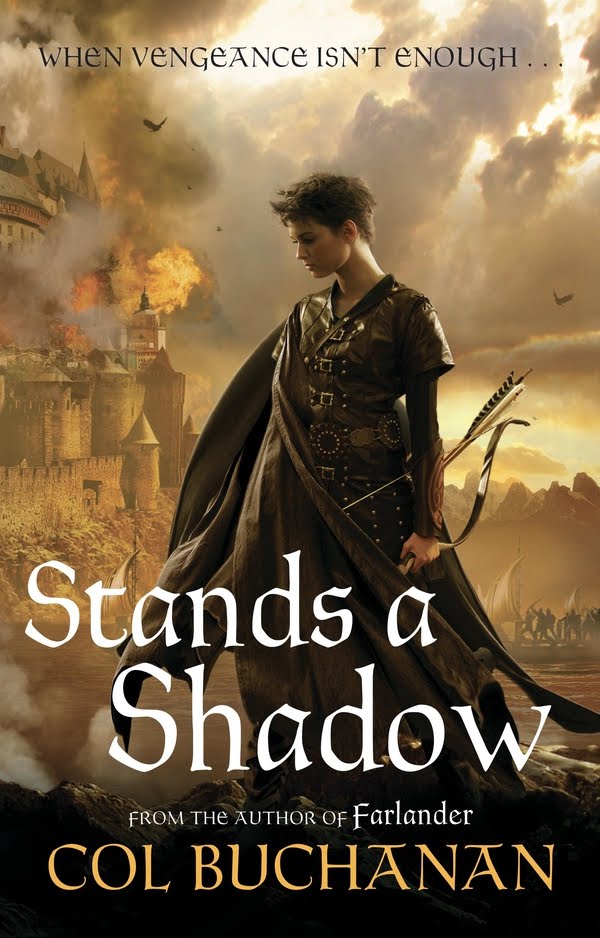 For decades the city fortress of Bar-Khos has held the armies of the empire of Mann at bay. Now the Holy Matriach plans to lead a pincer force herself to finally crush the resistance. However there are dangers she does not expect. Ash, the aging and ailing Roshun assassin, seeks vengeance for his slain apprentice Nico. With nothing left to lose Ash is a very dangerous man. Meanwhile Che, a trained killer of the state, is assigned a secret mission; kill the Matriach if it looks like she will flee from battle, However disgusted at his own part in the destruction of the Roshun order Che is far from stable.

I really enjoyed the character-driven nature of the previous volume, especially the contrast between Ash's world-weariness and Nico's naivety. To an extant that contrast is still there but not to the same degree and the story has definitely moved to focus more on the larger events taking place. This is demonstrated by the more political focus in the early part of this volume. While this does keep things interesting I did feel sometimes the plot meandered unnecessarily.

My one criticism from the previous volume was that the supporting cast were underdeveloped and I'm glad to see that the author has made some very strong steps in rectifying this.

Overall a solid read which expands on the first volume but lacks a bit of it's character-driven focus. 8/10.
Posted by Craig at 8:33 PM