Review: The Elf Queen of Shannara by Terry Brooks 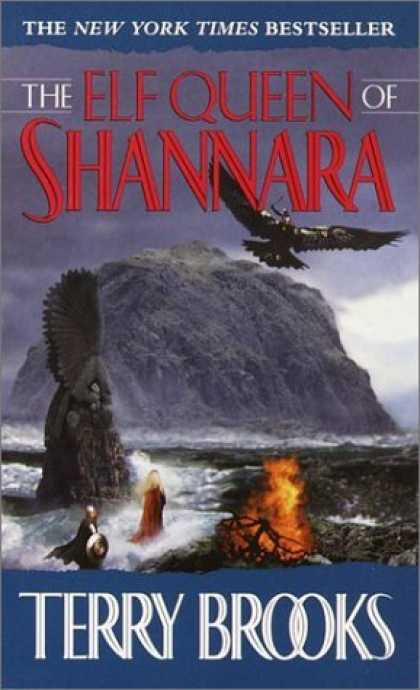 After being thoroughly impressed by the second volume of the heritage of Shannara series I was concerned that the third book might struggle to keep up that momentum. I needn’t have worried.

Charged with the nigh impossible task of finding and bringing the Elves back to the Four Lands by the shade of Allanon Wren Ohmsford and her mute companion Garth are forced to follow the only lead they have, the mad ramblings of an aged seer. It leads them to a meeting with Tiger Tye, one of the few remaining sky elves with the ability to ride the giant Rocs, who is able to tell them that the elves had relocated to a far off island many years ago. There has been no word from them in decades and the island is now a deathtrap filled with deadly creatures that seemed to have materialized from out of nowhere. Wren decides to risk a trip to the island, unsure if the elves are even still there and if she can bring them back if they are.

Like the second volume the third focuses on one set characters in this case Wren and Garth as they seek to fulfill their charge, with only small snippets given over to the other characters. As before I enjoyed the focus this provided and it is nice to have part of the story resolved in a single volume. Unlike the second volume though where there were multiple viewpoints following the same storyline Wren is almost the exclusive point of view character for this volume. This worked well for me as the whole journey challenged Wren’s perception of who she was and where she came from to a great extent and it was good to follow her personal growth as the story progressed. Again some of the supporting character’s motivations were more complex than the first book which was a nice touch.

Overall Brooks has again produced some of his best work and this volume is well worth a read. 8/10.
Posted by Craig at 1:55 PM