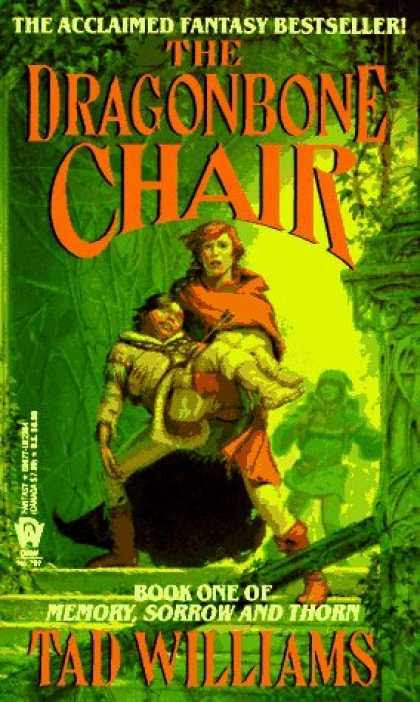 Considering Tad Williams reputation and impact within the fantasy field it is something of a surprise that I have only recently gotten around to reading one of his novels. I had read his short story in the Legends 2 anthology several years ago and while it was good in itself, it wasn’t enough to inspire to pick up anything else by him. Now that I have I can see that his is a reputation well earned.

Prester John, the high king for countless decades who united the land like never before is dead. In the chaos which follows an ancient evil takes advantage of the situation inciting John’s sons into a deadly contest for the throne which no side can win. Only the scattered remnants of an ancient order are aware of the true danger and Simon, a castle scullion who has unknowingly been apprenticed to one of those members finds himself caught up in events he never would have imagined. The quest for three magical swords, each lost in the pages of history and their only hope.

What I really enjoyed about this book was the contrast between events related through Simon’s eyes to those of other characters. Simon is a teenager who has never been out of the castle in his entire life before and William’s captures his naivety perfectly. The events related by the adults felt a lot darker and reminded me a bit of Martin’s work, this felt like a real forerunner to that more realistic style of his. The byplay between Simon and the troll Binabik cut the tension nicely and was also effortlessly funny. Pacing was another area where I felt Williams excelled here with a good buildup to the large scale battle at the conclusion and introducing an interesting cliffhanger or two.

Overall Williams is simply as good as his reputation says he is and I look forward to reading the rest of the series. 8.25/10.
Posted by Craig at 8:38 PM