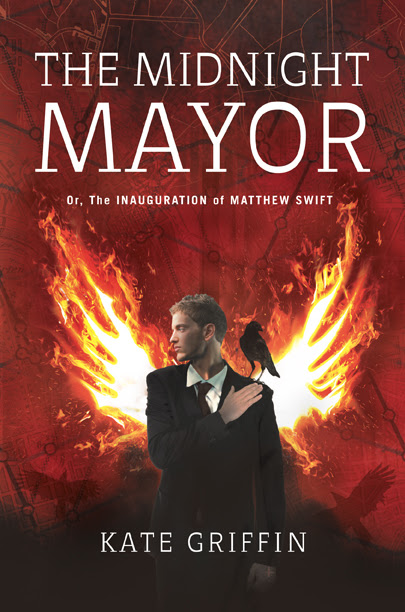 With her debut novel for adults Kate Griffin produced a real masterpiece which pushed the boundaries of urban fantasy to new levels. I was curious to see if she could back that up in her second novel and the answer is a firm and resounding; YES.

The magical defences of London have been systematically destroyed. The ravens in the tower of London have been massacred , The wall has been defaced by graffiti and the midnight mayor, the mythical protector of the city, has been killed. With his dying breath he sent his powers through the telephone wire where it finds Matthew Swift, a sorcerer and host of the blue electric angels. Matthew, who didn’t even believe the midnight mayor existed, now finds himself thrust into the office and immediately attacked by mystical forces. The death of cities has come to London and Mathew is the last defence in his way.

Like the first book the story is told in the first person from Matthew's perspective. Again it is obvious that the author absolutely loves London and the city and is described so intensively that it is almost like the city is a character itself. The story itself follows a similar format to the first one which is the only minor criticism I could come up with. The novel is paced well, the author’s use of language creates an excellent fast-paced vibe which really reiterates that Matthew is under some serious pressure. It also nice to see Matthew's character really develop and to start question who he really is.

Overall the Midnight Mayor is another fine offering from a young author who is definitely one to watch. 8.5/10
Posted by Craig at 11:42 PM