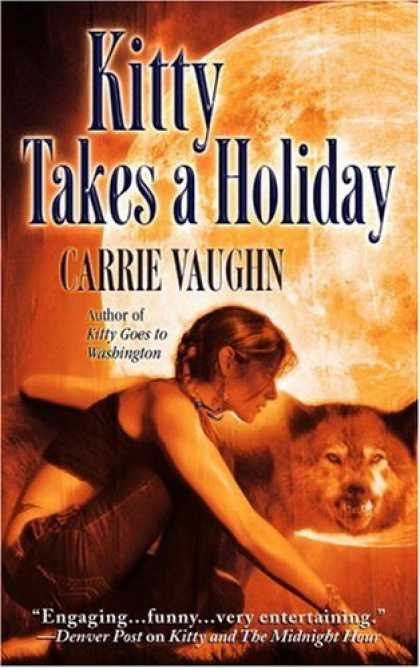 Following the events of the previous book Kitty has rented a cabin in remote Colorado, hoping to lay low for a while under the guise of working on her memoirs. However when animal sacrifises are left on her doorstep it is obvious some of the locals may be less than thrilled to have a werewolf in the neighborhood. Things get even more complicated when Cormac shows up at the cabin with her injured lawyer Ben O'Farrell in tow. Ben has been bitten by a werewolf and is having trouble adjusting to his new life and only Kitty can help.

My only major criticism of the previous novel was the lack of tension throughout the majority of the book but Vaughan  has adjusted well and corrected that in this volume. Kitty is an engaging character and it is great to see her progression from a reliant almost-victim of her pack at the start of the first novel, to learning how to take care of herself and finally taking the lead in this installment. Both Ben and Cormac are fleshed out nicely as characters. Without giving too much away the ending was both surprising and yet very fitting.