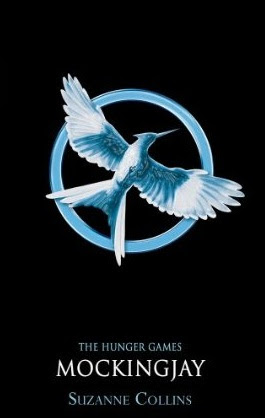 Having been rescued by the rebel elements based in district thirteen, Katniss has to come to terms with the loss of her home district 12 and the fact that Peeta is in the hands of the Capital. The rebels want her to be a symbol for the revolution but can she do it knowing her every action could have dire consequences for Peeta?

This novel suffers from serious pacing issues with the first half of the novel being unbelievably slow. Events are happening within the novel but with Katniss being our sole view point and seemingly uninterested in large parts of the war we get don't get much of an appreciation of this. This leads into another problem with larger events happening on a rather quick timescale and no explanation for how this was accomplished. For example the conquest of the districts seems to be done within a matter of weeks but our one glimpse into this seems to have the rebels losing. Katniss as inspiration and the continuous flood of propaganda just doesn't seem a realistic explanation.

I was impressed that for the first time in the series another layer of complexity is added to some characters. For the most part the characters have been decidedly black and white but that is no longer the case. Gale is probably the best of example of this.

Overall this novels suffers some severe pacing issues though it was nice to see a complexity added to some of the characters. 6.5/10.