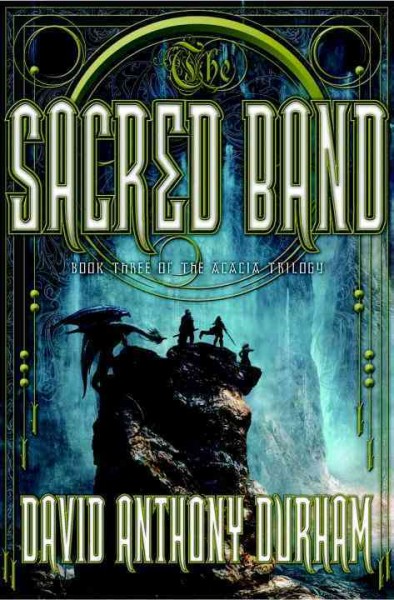 Queen Corinn Akaran has succeeded in resurrecting her brother Aliver and plans to use him to solidify her power along with the new vintage of mist. The Auldek, near immortal warriors, are marching across the North Pole with plans to enslave the known world. Corinn's sister Mena has been sent with an army of her own to delay them but does she stand a chance? Meanwhile Dariel is meeting with the elders of the free people, hoping he can protect them from the manipulation of the league. Aliver's daughter has found the Santoth and is leading them back to Acacia but do they have ulterior motives of their own?

The first half of this book suffers from severe pacing issues. Many of the chapters felt decidedly unnecessary and really slowed the book down. Thankfully after the halfway point thinks picked up considerably.
Durham does an excellent job in presenting as with some very satisfying conclusions to the majority of the story arcs. As with The Other lands Durham's characterization really shines. All of the major characters have grown considerably throughout the series. My only minor concern was Corrin's somewhat dramatic change of heart felt a bit too rushed, the author had done a brilliant job of foreshadowing for the other characters but it didn't quite work as well for Corrin.

Overall despite the pacing issue Durham wraps things up very impressively. 8/10.
Posted by Craig at 9:04 PM